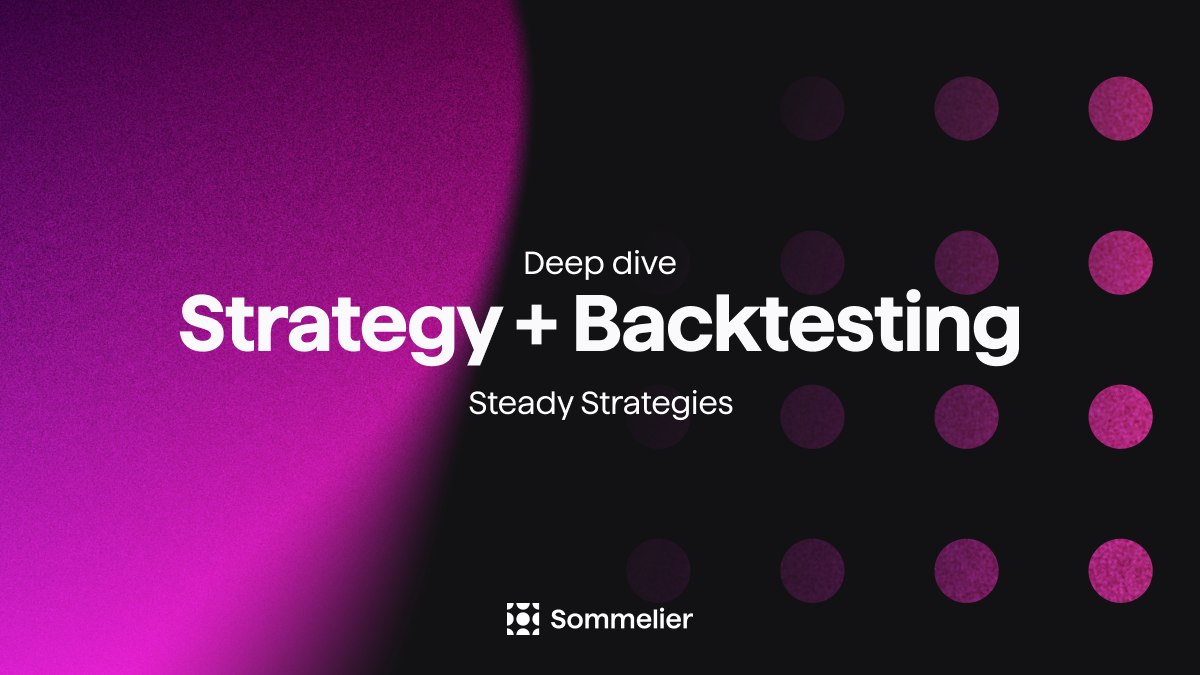 Patache Digital’s strategies are built on a proprietary quantitative algorithm as a base and combined with layers of risk analysis. The team’s research and products emphasize principal protection and steady, consistent returns while pursuing occasional “home runs”.

The Steady Strategy for either BTC or ETH perfectly exhibits these qualities. It’s expected to capture the majority of any positive price breakouts while limiting losses through trailing stops.

At the highest level, the Steady Strategy comprises two components: a work horse and a racehorse. The point of the workhorse is to nullify risk, capture a small profit/cover transaction cost and the point of the racehorse is to pursue a larger payoff opportunity.

The strategy uses the breakout trading approach, which looks for price levels or areas that a token has been unable to move beyond and makes trades increasing exposure when the token moves past these thresholds. Due to the nature of the strategy, it is designed for the participant to remain committed over a medium to long term time frame (6 months to a year). In this time the benefits of being in the strategy are expected to emerge.

An example helps illustrate how it works:

BTC Long Trade - A long trade is triggered when the market reaches the directional entry level. Two positions on the long side are initiated by accumulating the BTC relative to USDC. Each position is immediately assigned a Target and a Stop (loss). If the market reaches the Target before the Stop, the workhorse BTC is sold for USDC, profit taken. Simultaneously, the racehorse Stop changes to a Trailing stop. At this point the economic risk is nullified, a small profit is locked in, and the racehorse is pursuing a larger payoff potential.

The above trade parameters and functions are captured in the smart contract supporting the cellar.